You are here: Home1 / Testimonials2 / Charlotte Mellor – Through Scarlett’s Eyes 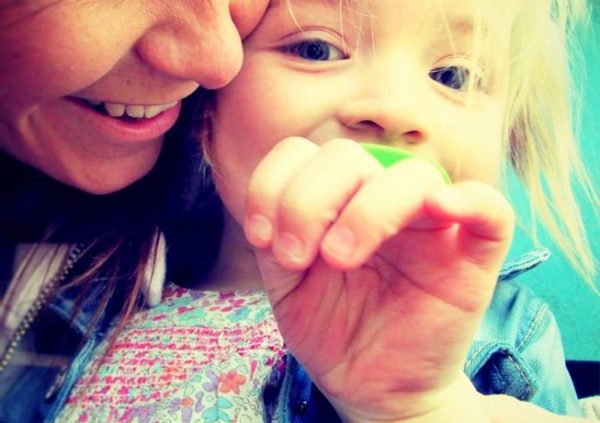 Charlotte Mellor, Through Scarlett’s Eyes Website
Charlotte Mellor runs the website Through Scarlett’s Eyes which provides education, support and a virtual community for parents of children with visual impairment. Charlotte, who lives in Salford, set up the site as a result of needing support and information herself when her daughter Scarlett, now aged 6, was born blind and with additional complex needs. The site was inspired by the American site Wonderbaby, now run by Perkins School for the Blind but originally set up by the parents of Amber, an American child with VI.
She approached VICTA, the children’s charity, for some funding to set up the website, and was immediately offered a job producing the website on behalf of the charity. Through Scarlett’s Eyes now has a strong following and provides a fantastic source of information and support for parents, who often approach Charlotte for advice. Charlotte has a lot of contact with the parents in her website community, and also organises events and away-days for parents and children, presents workshops and speaks at exhibitions and conferences, including an annual Early Years weekend.

Charlotte first came across Positive Eye when Scarlett was just 18 months old. Her local VI service put her in touch with Gwyneth, who spent time speaking to her on the phone to offer advice and reassurance. Charlotte says, “At first it was a shock having a child with a disability and for a while I was in a ‘frantic’ stage, contacting everybody I could and joining support groups. It was at this time I spoke to Gwyneth and she was so helpful – I have worked with Positive Eye ever since.
“When I approached VICTA about setting up the website I wanted to help other parents. I knew how useful I found it to have a resource to turn to for information and support and I wanted to create a real community in the UK. Once I had pitched the idea it happened very quickly and I believe it is something I am supposed to be doing. As a single parent it allows me to work flexible hours as I couldn’t do a nine to five job. Scarlett’s needs are a lot more complex than just VI and she can be up all night, and I also have a younger son, Charlie. VICTA have been 100% supportive so I can arrange my work around the children and still be there for other parents. Working with Gwyn and Positive Eye has also been invaluable. Since that very first phone call I have kept in touch with Gwyn and she provides a lot of content for the site. Her posts are some of the most visited parts of Through Scarlett’s Eyes. She provides the educational side and I always share her information with parents and encourage them to use it.”
“One of the most useful things she has provided is the Back to School information, about adaptations that can be made in the classroom to accommodate children with VI. Parents can use the knowledge to share with their children’s schools. I’ve also bought one of Gwyneth’s braille courses and am going to be blogging on the website about trying to learn it. I find a lot of parents of children with VI want to learn braille but don’t get the time as it seems such a huge task, so I hope that by doing Gwyn’s course and blogging about it I can encourage them.”

Charlotte also promotes Positive Eye resources to other parents and recommends its use in schools – Scarlett attends a special school in Cheadle where she is the youngest child, and Charlotte works closely with her daughter’s teachers and key workers and has brought Positive Eye in to the school to deliver braille workshops.
She says, “I no longer see Scarlett’s condition as a negative but I know how important I found it in the beginning to be able to access help and advice and to find other parents to speak to, which is why I find it so rewarding to run the website. Gwyneth has been very helpful from the start and I am proud to have Positive Eye content on the website, it adds another dimension and Gwyneth’s expertise is really valuable.”

Because these cookies are strictly necessary to deliver the website, refusing them will have impact how our site functions. You always can block or delete cookies by changing your browser settings and force blocking all cookies on this website. But this will always prompt you to accept/refuse cookies when revisiting our site.